We have so many troubles in the Middle East right now that for the past two years little has been said and even less has been done about the most long-standing trouble, some would say the mother of all the troubles in the region: The Israeli-Palestinian conflict.

The various national conflicts, first and foremost the Syrian civil strife, the advance of the so-called Islamic State that catalysed all our worst fears drawing most of the media attention, and the diplomatic turning point embodied in the Iranian nuclear deal that welcomed the Islamic Republic back in the community of nations, allowed for the Palestinian cause to be put aside both by the international community and by the Arab countries, which had made of this very cause their favourite tune.

Thanks to this, Israel has been able to continue with the occupation of Palestinian land, to continue with the siege of Gaza, to continue nourishing hatred between the two peoples in a heinous and extremely dangerous way. This is hardly surprising given the current administration, which is led by an unreasonable Benjamin Netanyahu and drawn rightwards by the like of Naftali Bennett and the newest Defence Minister Avigdor Lieberman.

Anyway, for a number of reasons that I won’t explore here, the Republic of France of a domestically highly unpopular President Francois Hollande took the lead and launched its own initiative. 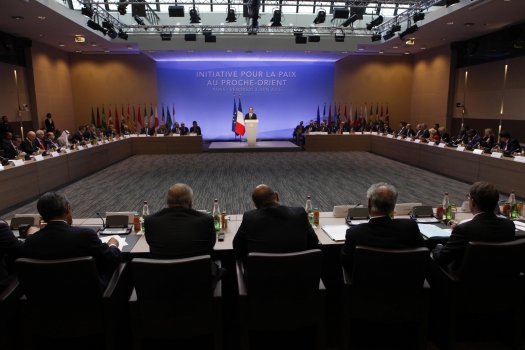 French Foreign Minister Jean-Marc Ayrault organised an international peace conference held on June 3 in Paris. Twenty-eight representatives attended the meeting, including the United Nations, the European Union and the Arab League. Neither Israel nor the Palestinian Authority (PA) were invited. In fact, the conference goal was not so much to restart negotiations between the parties, as to set the international background and secure the cooperation of important actors, first and foremost the United States that bear so much responsibility in Israel brazen impunity with their unquestioning support.

The PA welcomed the initiative warmly – and perhaps a little too enthusiastically. Hamas rejected it entirely, very much in line with its dull refusal to negotiate and the delirious idea to turn back time to 1948. Israel rejected the initiative, too, insisting on bilateral negotiations without preconditions and international monitoring.

While there’s no need to analyse Hamas stance, both the PA and Israel rationales are quite easy to explain.

During a televised debate on al-Jazeera, PLO Secretary General Saeb Erakat eloquently explained why the French initiative and the involvement of the international community is so important. The Palestinians lack teeth, they don’t have the ability to ensure that Israel won’t adopt a bully attitude and will honour its commitments. Henceforth, the international community should act as guarantor and monitor both the negotiations and the implementation of the agreement according to a set timeline.

Hollande righteously warned that if talks fail, the vacuum will be filled by extremists. (France also said that if the talks fail, it will recognise Palestine as a state.) Israel bully attitude and violence only serve to exacerbate a tense situation, to delegitimise the PA and to nourish the violent reactions of a worn-out, desperate and hopeless Palestinian population.

The reason why Israel prefers bilateral talks is exactly the opposite. It wants to avoid international interference, or rather international surveillance, and be free to ignore commitments, and to keep walking along its path of settlements, smothering of Gaza and abuses, then find legitimisation to the use of force in Hamas suicidal policy of armed struggle, violence and terrorism.

However stubborn Tel Aviv might be, and however ineffective the international community might be – especially when it wraps itself in good intentions – the French initiative is indeed relevant. It determines a biennial time frame, and asks the international community to follow up the talks between Israelis and Palestinians and to form an international support group that would include representatives of Arab countries, the European Union and the UN Security Council member states. 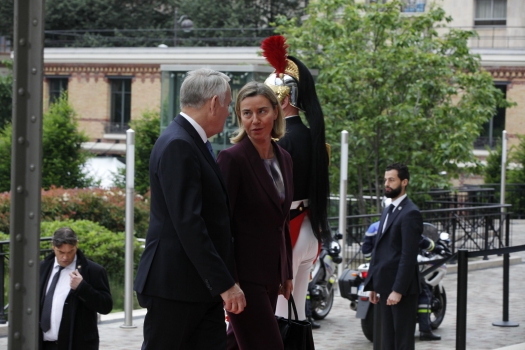 For the umpteenth time, the French initiative clarified that the inescapable basis for a future arrangement is the two-state solution returning to the 1967 borders (with land swaps) and making Jerusalem East the Palestinian capital. Hence, the basis is the Arab peace initiative put forward by the Arab League in 2002 and reiterated in 2007.

Now, Israel’s attitude gets interesting precisely at this point. Tel Aviv is probably less than sure about what this renewed international activism means and about the resolve of the international actors involved. Hence, both Netanyahu and Lieberman said that suddenly they kind of like the Arab peace initiative.

Simple people might be surprised and be overtaken by enthusiasm and misplaced optimism, but it is in fact a mere – and somewhat childish – bluff.

Indeed, this move aims at dispelling the fears of a UN resolution on Palestinian statehood and buying some time while waiting for the diplomatic storm to wane – the deadline for concrete initiatives is the US presidential election later this year. 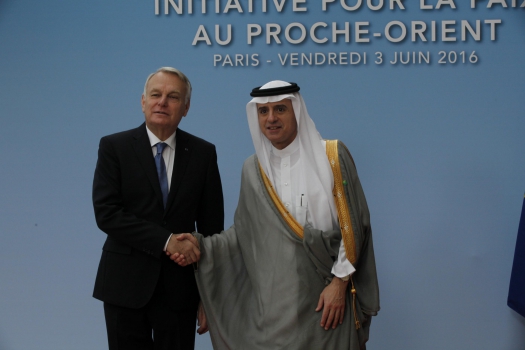 Redundantly, Saudi Foreign Minister Adel al-Jubeir made clear during the conference in Paris that the Arab peace initiative cannot be diluted and Israeli leaders know that all too well.

While we wait to see what will happen next, including the release of the Quartet report, which will probably blame both parties but could be more critical of Israel, we can draw some conclusions.

First of all, these United States (that could enormously change after November 8) made Netanyahu shiver by simply attending the conference in Paris. Someone will also argue that the climate has changed and that the international community, especially Europe, is fed up with Tel Aviv and Israel might become a pariah state hit by sanctions. 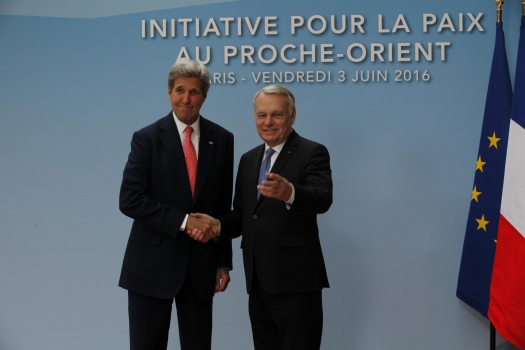 Marc Gopin, director of the Center for World Religions Diplomacy & Conflict Resolution at GMU, is absolutely right when, in welcoming this renewed international interest, he calls for a concrete and lasting commitment to create a mechanism of enforcement.

Secondly, as a matter of fact Israel has no intention to seriously commit to the peace process under the auspices of the Paris conference and on the basis of the Arab peace initiative. Even if we were to believe that Netanyahu is a reluctant hostage of the far-right ultranationalist side of his own executive and of his own constituencies, the truth is that this government will never show the degree of openness and common sense necessary to achieve peace. Too bad for all those Israelis, ordinary people and personalities, who long for peace and are frightened by the storm they see coming.

Thirdly, in the Palestinian camp as well the voices of the moderates are getting more and more feeble while Israel’s abuses give firewood for Hamas to fuel the flame of hatred and violence. Too bad for all those Palestinians that long for peace and pay the price of (literally) suicidal policies, like those 83,000 who were denied access to Israel after the latest attack in Tel Aviv.

Lastly, as many commentators including Alon Ben-Meir, NYU professor, have noticed, diplomacy must do its job but no real and lasting peace will ever be achieved without an inclusive process of reconciliation between the two people, and this has little to do with the halls of power and with senior officials’ meeting; this has to do with the civil society.

This article was originally published in Italian on L’Indro on June 16, 2016.